The scandi cool aesthetic of Copenhagen’s town centre is juxtaposed elegantly with the neighbouring Freetown Christiania, an autonomous anarchist district of around 1000 residents which embraces freedom, creativity, community and of course the infamous ‘Green Light District’. Coming from the rather uptight South East of England, the idea of exploring a free town like Christiania was just too tempting and so after an enjoyable breakfast in Nyhavn we made our way across the bridge and walked towards this hippie village. 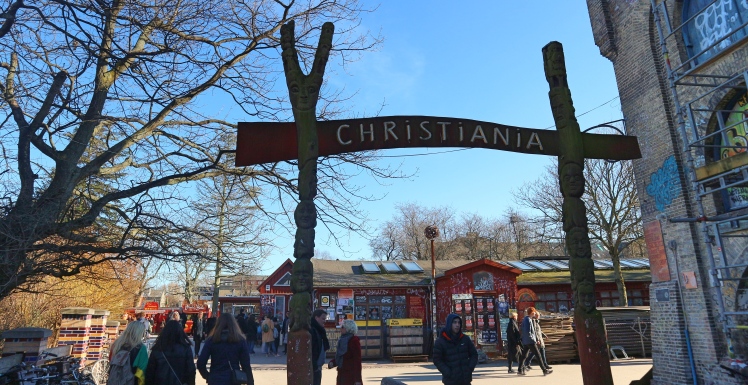 Spreading across over 80 acres, this is a sprawling community and I was grateful that our first encounter with Christiania was as we crept around the blissfully quiet areas around Mælkebøtten. This wasn’t the sordid ‘Pusher Street’ I had read and heard about, but a haven of tranquility with views across a lake so still it didn’t look real. Locals to Christiania and tourists alike sat on the riverbank nibbling on their lunches and chatting, whilst the hodge podge of surrounding buildings, some remnants of the area’s time as a military base and some more recently, had their windows open and their gardens were filled with art, sculpture or in a few instances, some rather well looked after horses.

We soaked up the sun a little and then wandered northwards, inching closer to the more commercial end of town. On our way we passed an art studio and couldn’t help but look in. Unsurprisingly, even a free town living outside of City laws still has an economy of sorts to support and therefore even the smallest pieces of artwork (which were beautiful) were well out of my souvenier budget! However, we had a small chat with one of the artists who uses the studio and it was great to get an idea of what goes on in Christiania. 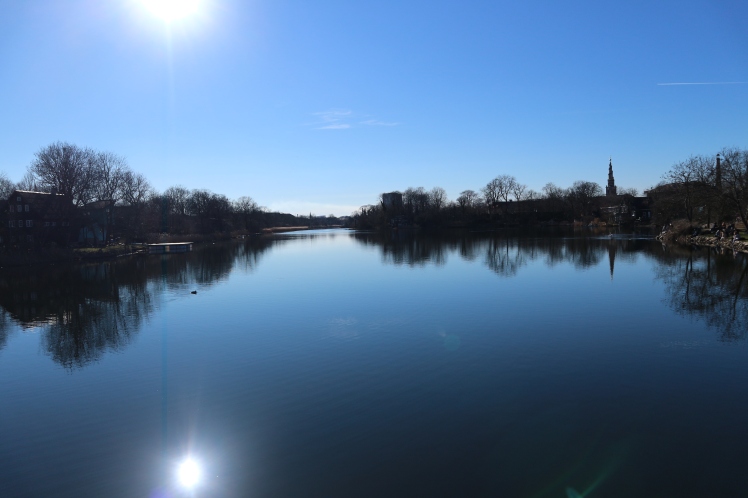 A ‘Kids Only’ fort had been built, covered in flags and random materials resembling something a 21st Century Lost Boy might create in Neverland. The houses are largely decorated with bright colours and whilst the streets are mostly not paved or covered in tarmac there is an element of structure as you walk through this part of town.

However, things changed as soon as we hit the tourist district and the quaint, creative vibe gave way to a more aggressive tone as we hit ‘Pusher Street’. I’m not one to partake in such things, so generally I kept my eyes ahead, scanning the crowd, as sellers leant in with their items to purchase. It was slightly intimidating, but it was very interesting and perhaps telling to see that most of those in this area were not Christiania locals but curious tourists and slightly aggressive ‘businessmen’. It was definitely worth seeing this part of town, but I am very grateful that my first impression of Christiania seemed to be the more authentic, open and loving areas! They are also very fussy about photos being taken in this part of Christiania so I kept my camera discreetly under my scarf so as to not cause any trouble!

If you’re spending time in Copenhagen then a trip to Christiania is a must. It is as much a dreamworld as it is a bizarre twisted reality but all of the genuine residents we encountered were so friendly and charming I half wanted to apply to live there myself. That is the catch of course, you must apply and be approved to live in Christiania and there seems to be a pretty long waiting list!