Florida is a popular tourist destination, particularly for those travelling from Europe, as with only an eight or nine hour flight it’s a fairly easy to reach part of the United States. When you hear someone is off to Florida you might instantly think Disney World, Universal Studios, maybe even visiting the Kennedy Space Centre and also, the magnificent Everglades National Park.

The real heart of the Everglades is towards the south of the state, but if you’re staying in Orlando or Miami then the northern tip of this vast expanse of natural beauty is still a great opportunity to spot some wildlife and soak in the atmosphere. 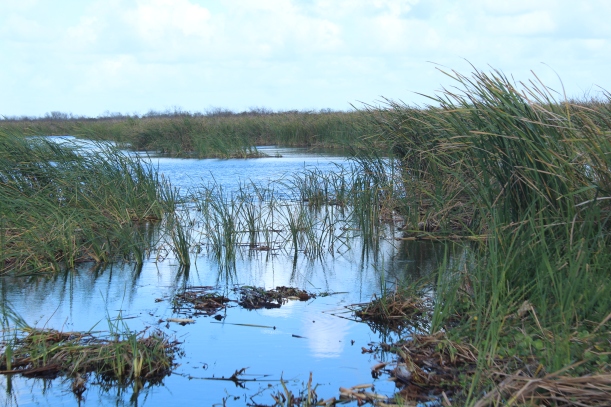 The classic way to see the Everglades is via airboat. These vessels appear to be powered by an enormous fan, and this way can travel with ease through the vegetation that sits just above and below the water line. The depth of the water can vary hugely throughout the year and in different locations. Some places are home to manatees whilst others are more commonly home to exotic bird life. Towards the south of the state in the official National Park area there is a huge issue with pythons, and mass hunts have been ordered in the past to try and rid the area of these large snakes. Amongst all of this wildlife are the famous alligators, whose beady eyes glint in the sunlight at you as they soak up the rays and enjoy the Floridian warmth.

On my most recent trip to Florida we stayed further north than the main National Park, so it made sense to see a different part of the Everglades, one closer to our home for the week. Therefore after extensive research we used the Loxahatchee Air Boat Tours, who are based at the end of Loxahatchee Road near the I95. At the northern end of the Everglades it’s a little quieter than in the main National Park, and prices are cheaper. We took a 50 minute Air Boat ride for $50 and received a fun and educational tour with a very informative and friendly guide. However, if you’re looking for speed and thrills, then maybe look elsewhere. We loved our Airboat Tour and spotted dozens of birds, two alligators and a turtle on our trip. This was also on a particularly windy day, where the vast majority of wildlife was sheltering from the breeze!